Upgrading a Samsung Computer To Windows10? Wait For Now 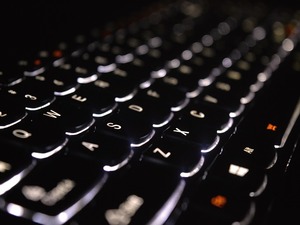 If you have a Samsung desktop or laptop and are still running some version of Windows 7, hold off on upgrading, at least for now. Despite having more than two years to get their drivers in order, the company still isn’t ready, and some users who attempt to upgrade to Windows 10 from version 7 are finding that their computers stop working altogether.

Samsung is currently coordinating with Microsoft in a bid to get their drivers up to spec, but at this point, there’s no firm timetable on when they might be ready. The best advice Microsoft can offer on this front is to keep checking Samsung’s website for periodic updates. Note that Windows 8 users who are upgrading to 10 haven’t seen any issues thus far. That doesn’t mean that the possibility doesn’t exist, but so far, at least, no major issues have been reported.

Normally, this wouldn’t be a major issue, but given that Microsoft has announced a definite cutoff for upgrading to Windows 10 for free, it could easily become so. As things stand now, the cutoff for free upgrading is June 29th of this year, and Microsoft is unlikely to make an exception or extend that date because Samsung’s drivers aren’t ready. If Samsung can’t get them ready before the deadline, you could be stuck shelling out $119 for an upgrade you can get for free, today.

If you’re an individual user, that’s bad, but if you’re the owner of a small or medium-sized company, and have dozens, or even hundreds of Samsung computers in need of an upgrade, that can quickly add up to serious money. Unfortunately, if you find yourself in this predicament, there’s little that can be done. Hardware manufacturers are responsible for driver updates, so while Microsoft can be faulted for drawing a definitive line in the sand, it is the manufacturer that may well wind up costing you money, unless they can get their drivers updated in time.