Fiber-Optic May Not Be A Shining Beacon of Security 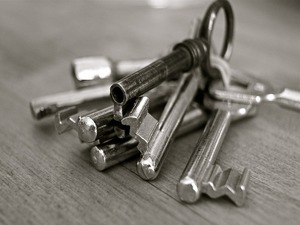 It’s becoming increasingly common for businesses of all sizes to use fiber optics in their network architecture. Companies have been spending big bucks to “upgrade” their networks, and yours may be among them. Sprint, for example, made the news a couple years ago for setting new network speed records after building and upgrading its fiber-optic network, and they’re certainly not alone. The problem? It’s laughably easy to hack into. You don’t even have to break into the fiber itself.

Kevin Mitnick used to be a hacker. Now, he’s a security consultant. Earlier in the year, he published a video showing how he could use off-the-shelf components that anybody can get their hands on, and perform a simple, nearly impossible-to-detect attack that can gain him access to your email account, all your passwords, your bank account information, and more.

Granted, Kevin Mitnick is a really good (ex) hacker, but the technique he demonstrated would only take your average teen twenty minutes to master. Literally anyone with even a little bit of technical savvy can do this. If that doesn’t scare you, it should.

Fortunately, although the attack Mitnick outline is difficult to detect, it’s also easy to prevent. All it requires is that you make use of some basic encryption. Given the ease with which unencrypted networks can be breached, everything you do on your business network should be encrypted. All network traffic, period. Even then, while this serves to protect the data on your network, if you’re sending sensitive information to a partner, and their network is unencrypted, your data could still be at risk.

2015 was a banner year for hackers. There were more data breaches this year than any year prior, and next year will probably set a new record. If you haven’t yet beefed up your network’s security, you’ve essentially got a target painted on your company. It’s not a question of “if” you will be hacked, but when, and when it happens, how much damage will the breach do to your reputation and your bottom line.